I’ve been having tremendous fun making a meal of the 10-beloved-book round robin on Facebook. I got up to number six, each time giving a bit of a background about how I came to be attached to that particular book at that particular time in my life. It’s really worth unpicking that if you’re a reader, to see if you can uncover where your attitudes and opinions came from.

Now, number seven is to be Lord of the Rings which, like many books I read and re-read whilst growing up, I started on when I was a bit young – and in the case of series and sequels, they often took me back to re-read an earlier book, and re-assess what it was saying to me. So – I discovered Lord of the Rings on a bedside table at a relative’s house on a visit, and was hooked. A couple of years later, I was one of the hordes rushing out to buy their own, special edition copies of that, of the Hobbit, and of the Silmarillion. And it was when I went back to the Hobbit, something really startling came up.

On page 236 of my edition of the Hobbit, about halfway down the page, it says “women and children were being huddled into laden boats in the market-pool”. I know this because, when realisation struck, I went back and checked very carefully. This is the first time women (or females of any reasonably sapient species) get a mention in the Hobbit. I went back looking for that when I was pondering the fact that, in Lord of the Rings, Shelob was the most frightening name Mr Tolkien could think of for his monster-of-darkness on the borders of Mordor.

If you are a man, you probably don’t realise what a complicated job most girls do when they grow up as readers. If you’re black, you will understand, because you probably spent most of your reading time as a kid pretending you were a white person. It’s not so easy to do in real life but in books, it’s quite natural. When did I first begin to realise I’d spent my life-of-the-imagination being (mostly) male? Not entirely male, because Enid Blyton was pretty good at letting girls do things – she even had George, a gender-non-conforming girl, we’d call her now – getting along pretty well tearing around in shorts, rousting about on the hills with her dog. Other characters commented on it, but they didn’t try to stop her.

I remember re-visiting the realisation, when I was on I think number seven in C G Jung’s commentaries on psychology – yes, I had waded through half a dozen books, learning all his archetypes, all about animus and anima and where opinions and emotional complexes come from, and all the rest of it, doing it the hard way, as women do, until somewhere around book seven, he happened to throw in the line ‘it’s the other way around for women’. Whoop-a-whoop! Somersault! What?!

But C S Lewis – yep – that was an early awakening, when his strange characters in Narnia are preparing for war, and at the prospect of dishing out weapons for his cousins, one of the young chappies says, “it’s ugly when women fight” and even at my tender age, I knew what he meant. When women fight, it’s called a ‘cat fight’ or a ‘bitch fight’, it’s a cause of nervous or lascivious jokes. No chance of getting hero-points by fighting then, like the lads can. 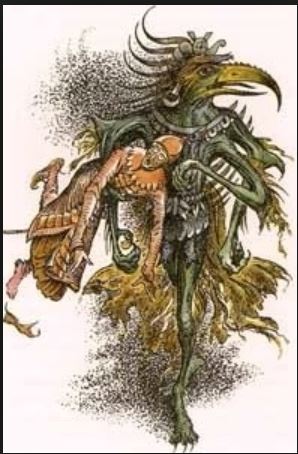 Lewis’s awful writing gave me a second wake-up call a few books later, when I was reading The Horse and His Boy – you remember our characters had this good, furry god, Aslan but the characters from the other country had this mean, nasty god, Tash. Obviously, the young reader thinks, the foreign kids are going to find out their god isn’t a real one. Obviously – until you turn a page and see a picture, and an awful realisation dawns – first, that if he’s illustrated in broad daylight, he must exist and, hard on its heels, a second realisation. You had been believing in Lewis’s furry god, and now you’re scared because there’s a challenger god.

The third realisation (for me) was a positive one, about how belief works, and how prejudices get built in. I went off and had a close look at the real bible whilst thinking this out and yes, you can see in the old testament that the other tribes’ gods are real too and are, basically, symbols of the disputes between the tribes – the men’s disputes, generally. The seeds of modern nationalism and racism.

Looking back on those moments, after I’d done my search for women in The Hobbit, I recognised my own policisation happening. Racism, nationalism, received religion and sexism were all becoming set in my mind as targets to be shot down at any opportunity.

Thank you, Lord of the Rings, for knocking that line of dominoes back down the years, and making me realise I’d accidentally grown up imbibing patriarchy. I nearly fell out of my cinema seat laughing when the marvelous, modern take on Arwen in the film version was so active and reckless that after a mad dash, a midnight ride, and a stand off with the dark powers, she sported a fetching little ‘roses in the snow’ scratch on her unattainably (for most of us) perfect cheek.

And so, to bring matters right up to date, because I always read a lot, often reading things before I was supposed to be reading them, that is how I came to be a gender-critical feminist on a campaign that most people are still quite baffled by. I believe that if I was growing up now, I’d probably be a trans kid because I was so accustomed to identifying with (as) a boy. And I believe that that’s because of a lot of bad ideas fed accidentally into kids’ heads by, amongst other people, children’s authors – but on the other hand, it was because I studiously read and re-read books that I noticed that, so perhaps I wouldn’t have been trans. Perhaps I would have just been very gender-critical, and very, very angry.

If you found these ideas interesting, please consider signing the petition on the link below, which aims to make Stonewall (among other organisations) realise how badly it has let down women, especially gender-non-conforming women, such as lesbians.