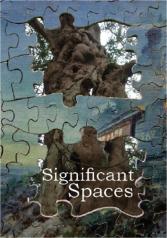 Congratulations to those authors!

And the winner is…

The winner and shortlisted poems will be published in this year’s anthology, along with the best of the flash fiction (comp now closed) and short story (comp now closed) comps. Well done all, and thanks to Mandy Pannett for the judging. Here are Mandy’s comments on the winning poems (and details of current comps and anthologies below):

There was a rich selection of poems on unusual themes for me to choose from, a great number showing an obvious love of poetry and interest and skill in the craft of writing. I hope everyone will enjoy the final ones I have selected, especially the winning poem.

Congratulations to them and thanks to everyone who entered. You gave me a pleasurable task.

There were several contenders for the prize but several qualities in this poem lifted it to the top for me. I admire the opening image ‘snow falls on our balcony/onto the sea,’ the items reduced to ‘two suitcases,’ the sense of detachment at the inclusion of the mother’s ashes, the sensuous images of sight and taste, the whole ambiguity of the poem with its hints of an enigmatic back story. There is warmth in the kitchen in the last lines and this is a beautiful poem full of warmth, tenderness and the possibility of consolation. A well-deserved winner.

An Act of Oblivion by John H Moody

An absolute must for the short list. I am full of admiration for the poet’s original use of imagery, sound patterning and layout. This is Christopher Smart in a contemporary setting. Brilliant and memorable.

A Way Out by George Payne

I was immediately captivated by the first verse with its image of a bootleg Gucci handbag coming undone at the seams. The poet moves skilfully between examples of universal disintegration to an ending that is particular and personal. Neat and clever.

Dressed to Kill by AKS Shaw

This poem is outstanding in its use of sound, for example the repetition of ‘i’ in these lines: ‘Could she not be your kith or kin?/ I’m hooked by her sinuous claws, her wicked bill./No stuffed relic, but keen-eyed and pitiless’. Another close contender.

Here is a poet with an original mind and a strong feeling for assonance and slant rhyme. I love the imagery in these lines: ‘the greedy reincarnate into starving ghosts,/they say here, with big hands and mouths so tiny/no food can transit.’ An evocative and atmospheric piece.

This is a deceptively simple poem in the setting of a graveyard where a man is being buried. There is an excellent use of assonance and rhyme throughout but it is the unusual ‘twist’ ending that appeals to me. A quiet, understated, but very effective poem.

This came so close to being my first choice. A short poem but every word counts. I love the last stanza, especially, for the imagery but most of all for the sheer sound of it: ‘In this stockade we are/siege thin and reminiscent./Listen. Our low murmurs ape/the sound of flies dropping.’

A strong, unusual poem. The writer has a great ear for the sound of words and a fine appreciation of line endings and stanza breaks. I particularly enjoyed the opening lines: ‘Not a philosopher’s role to be reasonable/just coherent.’

I especially like the ‘cat’ imagery and language such as ‘when sunlight/clawed its post of sky’ and ‘August/scratched rainless’. The fourth stanza with its ‘laddering of cats’ is outstanding. An original poem with a lot of impact.

This is a brilliant example of a dramatic monologue with a skilful use of the different voices of the onlookers and the contrasting thoughts of the narrator. A visual, amusing poem, attractive in content and layout.

The Mud softer than Ivory by George Payne

I was immediately drawn to the unusual title and the rest of the poem did not disappoint. Language and imagery are lyrical and memorable. This is a superb poem that came very close to being my first choice. Beautiful writing.

This Living Room  by Roger Elkin

There is poignancy and tenderness here but it is the vivid language I love, especially the images of the recoiling walls, the siblings glaring at each other from photos and the picture-window ‘amazed at its own amazement.’

There’s a terrific use of end rhyme here and a perfect blend of the urban with the legendary which enhances the nightmarish quality of both. There are some horrifically striking images such as the children playing in the streets by the light of the burning cars. A skilful poem.

Where the Treasure Lies by Dominic James

This poem is rich in allusions and imagery. The juxtaposition of La Fontaine’s fable and Chagall’s art is skilfully achieved. I love the small details such as the bright-eyed mole in the corner of the picture and the passing gardener with brown fingers ‘dipped in zinc’. 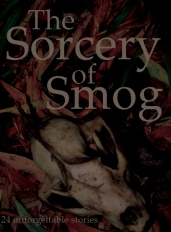 What does it take to make a winner?

Take a look at some previous winners’ anthologies – pics above and to the right, links to the most recent ones below…

The Sorcery of Smog

Would you like to join the line-up for our next shortlist…?

One response to “2019 Poetry competition results”