Several people have asked me questions like that lately so I thought it was time to answer the questions again…. My part in the adventure that is Earlyworks Press started when we were sitting on a Somerset hillside in August sunshine years and years ago, looking down on an old paper mill in the valley, and discussing what a nightmare modern corporate

publishing had become, not least because I was in company with some people who were doing reasonably well as writers, and wondering why there was so little prospect of actually making a living by their work.

In many cases, the bit that’s missing from those conversations is – are you actually experienced enough? Are you producing really good, clean, quality writing? I’m not sure that was true of me then. I’m better at it now but, as you get better, you also get better at seeing that you’re probably not unique, or the genius the world has been waiting for, either. You need some help to make your work stand out…

The value of your work

It’s interesting to try to apply value according to price paid for a book. Reach out for a book from a shelf in a high street shop – any shop. Check the price, and consider this: of that £6.99 or £8.99 or £12.99*, in the case of all but the celebrity-fast-sellers, the printers and the distributors make more than the publisher, the publisher makes more than the editors, proofreaders

, reviewers, they all make more than the bookshop owner, who makes considerably more out of each sale than the author does – so obviously, loads of people are valued in the production of a book, and the author is bottom of the heap – and yet still bookshops and small presses are going bust all around our ears.

(*If you’re wondering why it’s always something-ty nine, there are several theories, but this is the one I most often hear in the trade: it’s because shops prefer prices that force their assistants to open the till and provide change. It makes diddling the shop a bit harder. Yes, it is that sort of world, I’m afraid.)

Still – back to that Somerset hillside, talking about how to make being a writer more human, more fun, and more likely to succeed. What a dream it would be to produce books on a human scale, we thought, to start a press that really did the whole thing – made the paper, produced the books, sold the books, and (here’s the revolutionary bit) the writers would really matter. They could be involved as much or as little as they wanted to be all along the way.

A ladder for writers

That’s how it started. 99% summer dream – but we do have a club, and a press, that does all it can to help writers who are producing publishable-quality work, and trying to build the reputation that makes agents take notice. I thought we should have a name that would be interesting to see in the lists of people’s early works, that they could look back on when they were rich and famous. And I thought ‘early works’, run together, made a pleasing, curly word – Earlyworks – then I discovered that various people already had things called ‘Early Works’ this or that, so we’d have

it as one word, and nail ‘Press’ securely onto the end. And so Earlyworks Press was born – I’m afraid we aren’t going to be able to afford to buy a papermill any time soon, and we do use commercial printers – and we really haven’t got the hang of making money – but we do run competitions every year, and do our very best to promote the authors who hit our shortlists, sometimes going on to produce single-author, royalty-contract books by those authors, through Circaidy Gregory Press. Catherine Edmunds, S P Moss, Christine Tennent and Sue Hoffmann are among the authors I first met on Earlyworks Press competition shortlists.

We’ve been at it for over 10 years now, me as a registered publisher, and any authors or illustrators from our shortlists who choose to join the club and get stuck into competition judging and admin, book-designing, book-producing or book-promoting – and we do often see that magic word ‘Earlyworks’ in writers’ CVs. Sometimes, they even spell it right, and remember to put ‘Press’ on the end. Here’s one someone brought to my attention this week – Joanna Campbell, whose work has appeared in several of our competition winners’ anthologies, is a judge for National Flash Fiction Day, and here we are in her list of early works at the end of this interview.

Excellent work, Joanna! I find you often know you’re reading a potential winner right from the first paragraph. Here are a couple of Joanna’s openers. 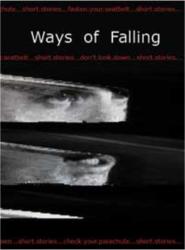 Ruby were right excited that she were coming home with me. Mostly she kept herself all calm, floated along like a coot on a pond, but today she clapped her light hands, and jumped three times on the spot. I was smiling, but there was a squirming inside me, like on Big Dipper. Like those mornings when you wake up and know something’s happening, but not if it’s good or bad. Like a bit of birthday and a bit of dentist rolled up together.

– From The Invitation by Joanna Campbell, in Ways of Falling Earlyworks Press 2010

Magda checked the new name in her diary. Cherry Marshall. Cherry was a colleague of Alison Smedley, a satisfied customer who had wanted to stop her hands trembling when she played the piano in public. Magda had worked her magic, made Alison believe she was someone else when she sat on the piano stool, someone bolder. Now Alison wanted the same spell cast for Cherry.

Want to read more? I did! You can find out more about Earlyworks Press books, including those two by clicking here.

Want to see your work in one of our anthologies? You can find out how to enter this year’s competitions by clicking here.